The Academy was founded by Frances McGahan (BDCRG), now an experienced qualified teacher, adjudicator and grade examiner in 1996.

All our teachers are fully qualified with An Coimmisiun le Rince Galelacha – the largest of the governing bodies of Irish Dance with registered dance schools all over the globe.

During its history McGL has continued to support and develop literally thousands of dancers from beginners, onto national and international Champions, cast and leads in shows such as Riverdance and Lord of the Dance as well as creating life-time opportunities for many former students who are now qualified teachers (TCRG) and adjudicators (ADCRG) 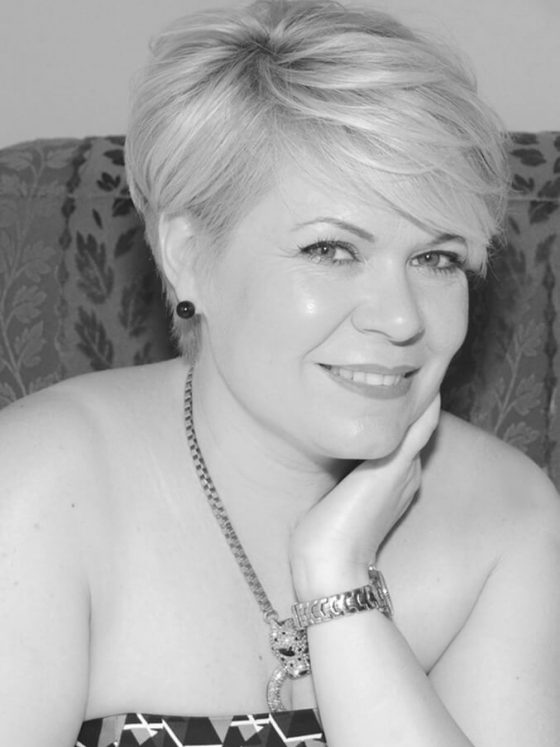 I started dancing at a very young age after one of my consultants at Great Ormond Street hospital in London suggested to my parents it would be good physio for me for a rotation disability that I was born with. My father, John McGahan, who was from Mayo, along with my mother Doreen, also signed up four of my nine siblings and we all danced under Maguire O’Shea Academy. I stopped dancing myself at sixteen years old, when I started to help teach classes. Although competing wasn’t my passion, teaching certainly was.

I took my TCRG examination in 1996, at the same time as marrying my husband, Guy McCoig-Lees. I started the McGahan Lees Academy straight away, with Guy’s support. I was lucky enough to have some very loyal students from the beginning and became quite a successful school quickly.

Over the past 25 years I have been lucky to teach many loyal dancers who have now grown up to be trusted personal friends. I am especially proud that so many of my former dancers are now active TCRG/ADCRG’s with 6 of those currently teaching alongside me at McGL. One of which is my sister Debbie and also my senior ladies World Champion, Cecily Charlton. In 2014 a friend of mine Marion Flanagan also joined our Academy and in 2021 we were joined by Fiona Mackey. I now am lucky enough to be teaching alongside some of the very best in the world and my closest friends. We all work together to help our dancers enjoy and develop into the best dancers they can be. Read more 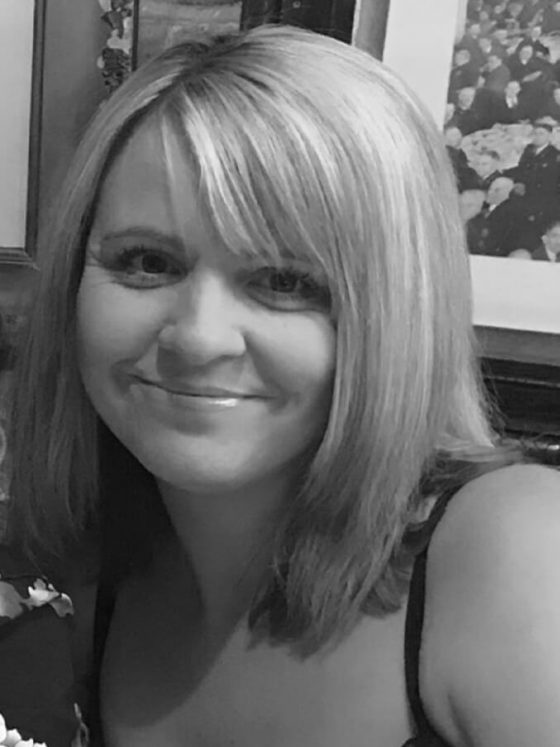 Debbie started dancing at the age of four with the Maguire O’Shea Academy as a hobby as her older brother and sisters were already attending classes. Debbie went on to become a top 10 medal holder for the World, British Nationals, Great Britain, All Ireland and American National Championships both as a solo and ceili dancer. At 20 years old Debbie was offered a place in both Lord of the Dance and Riverdance the show. She then went on to tour most of Europe and Asia with Riverdance the show with the Liffey Company until she had her eldest son in 2002. Debbie feels so privileged to be a dance teacher at MCGL and loves nothing more than seeing new dancers fulfil their true potential and dreams. 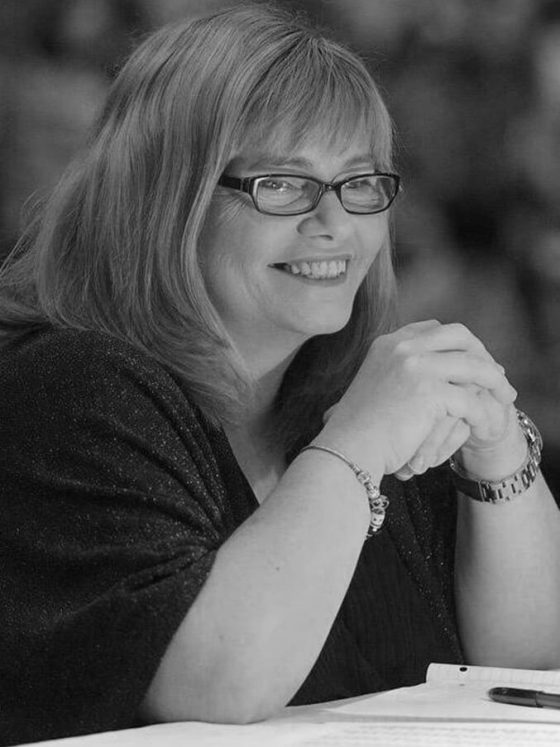 Marion was born in Oxford of Irish parents. She was introduced to Irish dancing at the age of four and danced for the Anne Flood School of Irish Dancing in Oxford. She later went on to dance for the McDonald Academy and competed at the World Championships from the age of 15 until she retired from dancing competitively to start teaching.

Along with Frances, Marion has also recently qualified as a Grade Examiner. Only experienced adjudicators are eligible to take this exam, so to have two of our teachers pass is a very prestigious achievement! 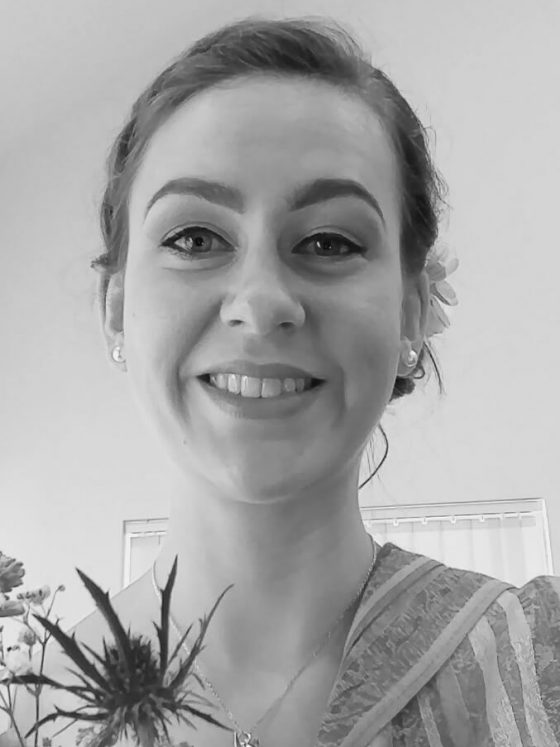 Izzy started her Irish dancing career aged 9, after a family holiday to Ireland where she was inspired by watching dancers ad-lib with a traditional Irish folk band. Back in Essex, she quickly joined McGahan Lees and was taught by Frances from day one. Her achievements include becoming Southern England regional champion three times, placing in the top five at the Worlds and All Irelands for two years in a row and gaining a total of seven world medals across her career.

Izzy has always enjoyed working with children and started helping out in classes at the age of 16. She qualified as a TCRG in Limerick, 2013, and teaches alongside her career as a postdoctoral researcher in child and adolescent mental health.

Starting at the age of 9, Cecily was one of Frances’ first pupils here at McGahan Lees. Inspired by watching Riverdance, she instantly fell in love with Irish dance and quickly became the academy’s first ever champion. As she developed under Frances’ tuition, she won numerous championships and went on to become Southern England regional oireachtas champion and two-times Great Britain champion. Her passion and dedication paid off in 2008 when she was crowned senior ladies’ World Champion, in the Waterfront Theatre, Belfast. She then decided to hang up her competitive shoes and join Frances as part of the MCGL teaching team.

Frances’ drive has definitely been passed on to Cecily. So much so, that she successfully passed her TCRG exam with honours in 2008 and then her ADCRG exam in 2018. Her ultimate ambition was to teach and to pass on her knowledge and training experience to new students. She loves working with children so she truly enjoys every single one of her classes with them.

Cecily is a talented choreographer and has showcased her work on TV’s The Only Way Is Essex, Big Brother’s Little Brother and I’m a Celebrity Get Me Out of Here. She is also honoured to be head choreographer for the Southern England Regional Oireacthas Parade of Champions each year. Another talent she has is in stage makeup and hair. You will often spot her at feisanna fixing hair and doing makeup for many of the MCGL dancers so that they can go up on stage feeling their best.

Cecily continues to fulfill her dreams of imparting her skills to others. She believes strongly that ALL children have the ability to thrive in a fun and safe environment. 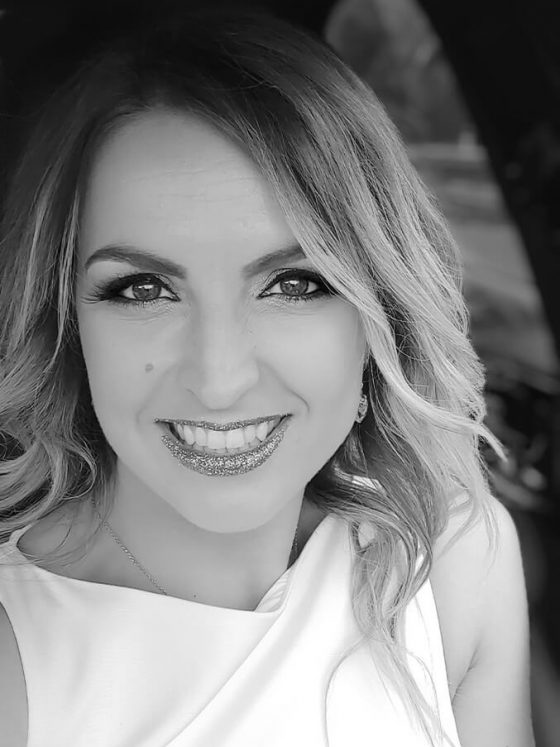 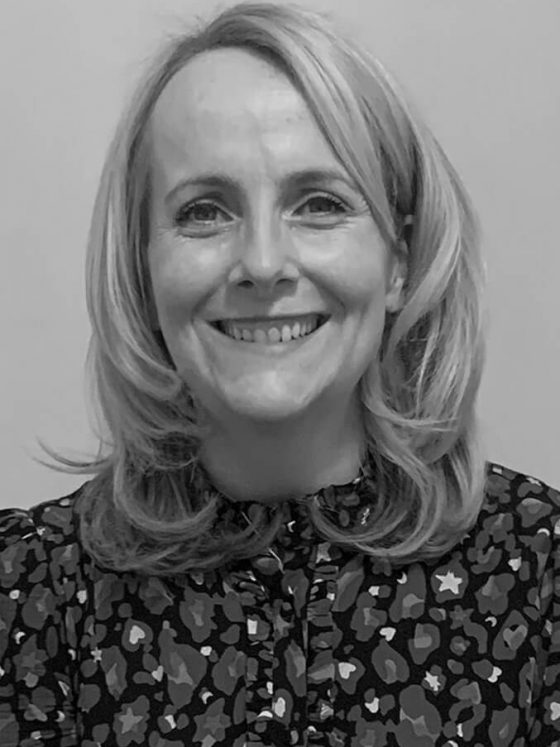 Fiona started dancing at the age of four with the Maguire O’Shea Academy.  She won the Southern England Regional Oireachtas three times and went on to become a top 10 medal holder in the World, British Nationals, Great Britain and All Ireland Championships.

Fiona passed her TCRG in 2001 and teaches in Finchley and Winchmore Hill, North London.   From a young age, she knew she wanted to teach, to pass on her passion for Irish dance to the next generation of dancers.  She hopes that all students will love Irish dancing, form life long friendships and keep fit whilst doing do. 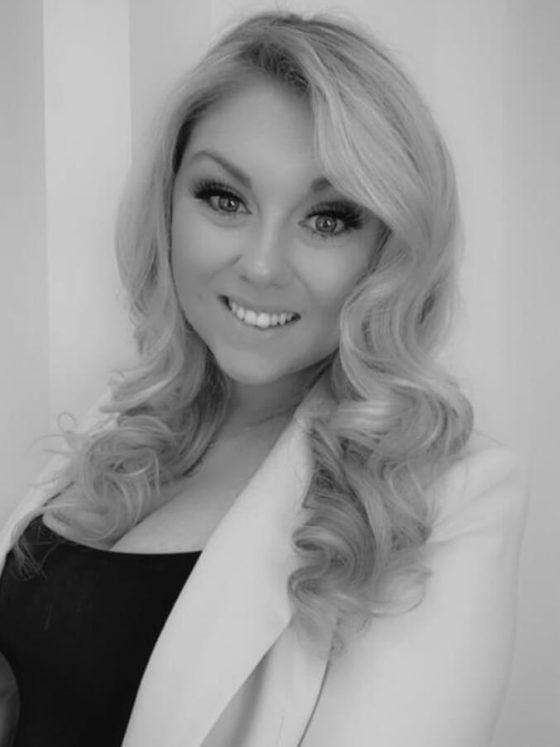 Whilst at university, Siobhán joined the Carey Academy in Birmingham where she found a passion for Ceili and Figure dancing, alongside her competitive career as a solo dancer. Siobhán competed in both mixed and girls’ teams and was fortunate enough to add several top 3 World Championship placings for both Ceili and Figure to her list of achievements.

Siobhán obtained her TCRG qualification in June 2014 and has since become a registered member of RCCEA.  During her teaching career she has been privileged to not only work with our dancers in the UK but has been fortunate to work with our McGahan Lees Europe contingent for over 4 years, sharing her knowledge and passion for Irish dance with our dancers In Czech Republic and Poland. 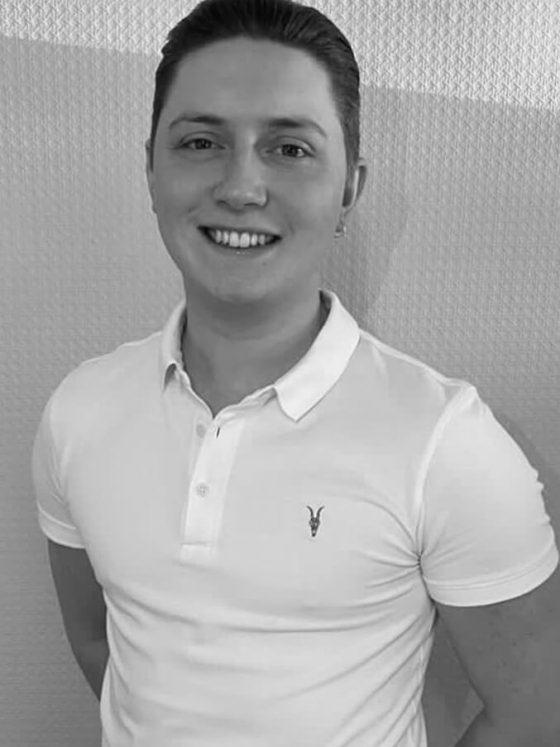 Niall started dancing at age 5, following in the footsteps of his older sister Siobhan, who also teaches at the Mcgahan Lees academy.  Having joined Mcgahan Lees at the age of 14, during his time at the school, Niall won 8 Major Titles including the Great Britain’s, the British Nationals and the All Scotland’s. He also won 6 Regional Oireachtas Titles and five Top 5 world podium placings as well as numerous world medals.

After retiring from his competing dance career in 2018, Niall is now on the path to finishing his TCRG exams, having completed all 12 Grade examinations.

Niall is looking forward to working with the next generation of MCGL and passing on his experiences both on and off of the stage. 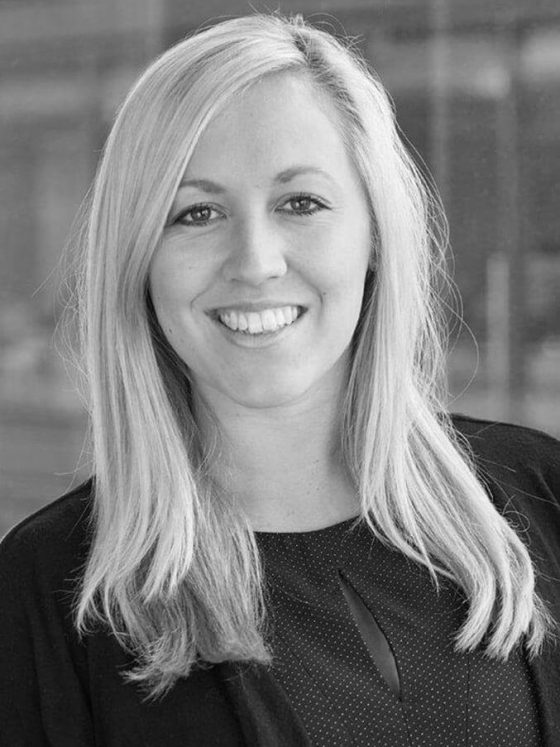 Amy learned her love of Irish dance at the age of 5 after catching a glimpse of Michael Flatley’s show, Feet of Flames live in Hyde Park a very long time ago now!  She joined the McGahan-Lees Irish Dance Academy when she turned 10.  During her early competing days Amy learned the true love of Irish dance and thoroughly enjoyed the team spirit that is instilled in to the classes through Frances’ passion and own love of the sport.  Amy has so many fond memories of the fun competition of St Patrick’s Day, teaming up and touring around Essex, Kent and London to perform for crowds of people celebrating Irish tradition and raising money for future events, being able to travel and attend local, national and international competitions with friends from your class and being able to do so by being involved in great fundraising activities such as bag packs, bootcamps and bootsales – to name a few!

Amy was very fortunate to achieve some amazing successes in her dancing career, her proudest being Top 5 at the prestigious All Ireland Championships. She also had the success of winning multiple local championship titles, countless world medals at the World Irish Dance Championships and attending all major feisenna for over 12 years.  She also had the opportunity of competing as part of a Ceili team for McGL and qualifying for the World Championships – a huge achievement which brought the whole school closer together.

Having been part of the Academy since the age of 10 lifelong friendships have been made. Frances taught the importance of discipline, focus and confidence in your own abilities and Amy hopes now to pass these very important traits in to the pupils that she now teaches. Having transitioned from pupil to teacher within the Academy, Amy is able to now teach alongside her friends and call them colleagues and working with them to craft a talented and successful group of dancers who are all in their own right an absolute attribute to the Academy.

Amy has been invited to teach in Australia twice now to teach workshops at one of our sister schools, Scoil Rince Creer as well as also being part of the teaching team who assists the running of McGL Europe for the last 4 years. McGL Europe has gone on to attain some amazing achievements and a proud moment was walking on stage for our first u12 European Champion!

Whilst not being a TCRG, Amy works as Legal PA in a Top 100 law firm in the city of London.

Through it all there is no better way of doing something you are passionate about and love more, than seeing that shy 4 year old dancer attending their first class and seeing their eyes light up when the steps come through and the music chimes on – Amy wouldn’t want to teach anywhere else or alongside anyone else!